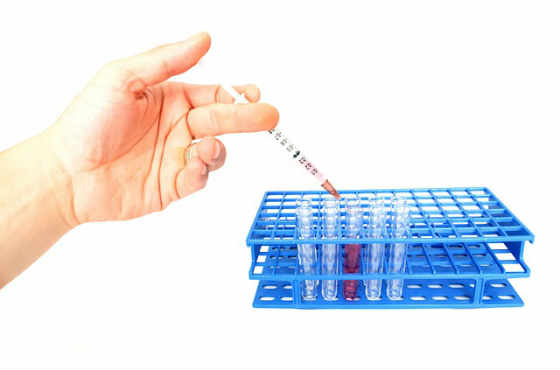 If you are asking yourself is drug test mandatory for heavy equipment operator?

Drug testing is an initial screening an employer performs to determine if their workers or prospective employee is using illicit drugs.

Drug testing has its benefits and as well as negative aspect. The most obvious is the prevention of hiring of operator who uses drugs, it serves as deterrent for workers from using these substances since you want the workers to be happy and healthy, to improve quality of personal life that extends to their professional life, be able to help the operators to seek professional advice, provide safe working environment and mitigate workplace accident thus there will be reduced insurance claims, reduced heavy equipment damage, compliance to state law, and the list goes on and on.

Mandatory drug testing has its disadvantage as well. Since workplace drug testing differs from one state to another, employer is at risk of violating the right of a person, consultation with the lawyer must be done first before implementing such company policy; if employer is doing random drug test to their operators, the one who has been selected may feel discriminated, damaging their morale towards to the company; it is costly in the part of the company to send their operators to take the drug test. You might think of other negative effects as well.

How Often is the Drug Test

There could some instances when drug testing cannot be performed by the employer because it is a violation of the right of the workers in some states. If this is the case, drug testing can be performed if there is a significant basis for workers to undergo such testing.

You wouldn’t find any company that has no drug testing policy regarding drug testing on their workers. The policy lays out the justifications for why workers should undergo to test.

But how often should the drug test be done? The usual frequency is twice a year. Workers may be asked to sign the employment contract that indicates such policy. However, if a random drug test is to be done, the company has to make sure that the right of the workers being selected is not violated. A random test can be conducted in a discrete way so that worker may not feel discriminated against or annoyed of being chosen.

The frequency of such test will solely depend upon the discretion of the company. If they thought that drug testing should be done more often if they have a justifiable reason to do so. Reasons such as during pre-employment application process, the frequent occurrence of accident, during a post-accident investigation, or if there is strong suspicion that a certain heavy equipment operator uses drugs are solid grounds to perform the test.

How is the Test Being Done?

Urine Drug Screen (UDS) – it involves the collection of the subject person’s urine. The urine is to analyze for detection of some drugs and other prescription medications. UDS can also help medical professional to identify certain individuals undergoing substance abuse. If in the event you are tested positive with the drugs you haven’t taken, you can talk to the physician who is interpreting the result. Explain to them your situation, the physician might ask you to take a follow-up test.

Blood Extraction – it is much more accurate than UDS. When you’re applying for a job and you have been asked by the company to undergo a drug test, blood is what to be extracted from you for screening. It measures the amount of alcohol or drugs at the time the blood is extracted. There are certain drugs that can be accurately detected and measure using this method.

Hair Test – This method has the significant advantage of detecting illegal drugs that had been used weeks, months or even years ago by the subject person. It is helpful in discovering chronic drug abuse, the duration of the person’s drug use, specifying the time of abstinence. The hair sample is to be taken as close to the scalp. If the person taking the test is bald, hair can be taken from his armpit, and other parts of the body.

Breath Test – is the fastest way to determine the alcohol consumption of the subject person at the time of the test. This test provides precise blood alcohol content of the person.

Instant Drug Test of Lab Test: What Would You Choose

Which test is more appropriate for the company? It depends on the nature of work of the person and for what purpose the test is to be done.

In a routine test, instant drug test might be enough that covers commonly used drugs. If you want a more accurate result, let’s say in the case of post investigation, another test such as blood or hair test can be a more suitable approach. It is a less expensive way of administering the workplace drug test especially if you numerous operators.

Administering of instant drug test in the workplace can save time and money. The employer doesn’t have to send their operators to the lab, them being away from work could stop the progress of the production.

This test can give instant result hence its name. That means you can make an immediate decision regarding what to do to the worker.

Lab testing is a routine practice that may be required by the employer to a new hire. This test is also to be asked from a worker who had been on leave for a long period of time. The downside of this test is that it is costly and take hours for the result to obtain.

The lab test could detect a larger number of drugs compared to the previous method. Though it might not be economical in the part of the company, this gives a much more exact result. That means your decision cannot be contested if it is not in favor of the worker.

Again, the method to choose will depend upon for what purpose the workers are to be screened for.

To Make a Summary

Due to the sensitive nature of the work of heavy equipment operators, they should undergo a mandatory drug test to detect the use of such substances. The operators should be clean since they’re handling previous and expensive pieces of machinery, as well as the safety of themselves and of others, are in their hands.

You shouldn’t be worried if you’re not on drugs or taking alcohol. But what if you are? Should you be worried too? The company could help you with your situation. Seek their help, they may be able to help you to cope up with the situation.

Choose State Where You Are